Institute of Astronomy of the University of Latvia

Institute of Astronomy (former Astronomical Observatory of the University of Latvia) is participating in satellite observations and instrumentation design since the launch of the first artificial Earth satellite on October 4, 1957. Institute staff has designed a range of satellite tracking equipment including optical, photographic and laser systems.  Institute of Astronomy is running a satellite laser ranging (SLR) system and a permanent GPS station. SLR station is a member of the International Laser Ranging Service (ILRS) and Eurolas. Permanent GPS station (RIGA_12302M002) is a member of the International GPS service (IGS) and EUREF permanent GPS network EPN. The SLR station (ILRS code name “1884 Riga”) is capable of day and night observations and measurement of distances to the satellites in the range from 400 to 28,000 km with single shot accuracy around few cm, depending on the range and satellite signature.  Baldone Observatory is involved in athe steroid observations including Near Earth Objects or NEO.

PRODUCTS AND SERVICES IN SPACE 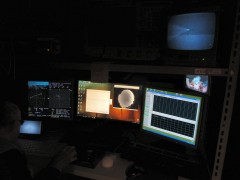 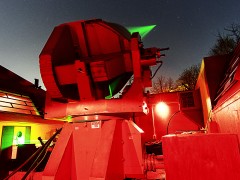